Hello all! I have just discovered that I have been living a lie for at least two years. I have spent all this time believing that I do not have a working camera, and now I discover that was simply incorrect! So my excuse for not posting over the last month has been having no camera capabilities while my flatmates are out of town, and it turns out that I actually did. What.

The story: I was given a camera to take to university with me, three years ago. I used it a few times, and that was fine, but then one day it stopped working – from memory, at first it would turn on, take two photos (if you were lucky) and then turn off, and then it stopped doing that at all. I’m fairly sure I’ve tried to use it a couple of times since then and failed, also. However, for whatever reason, I tried putting batteries in it last night, and it turned on and took a decent picture, so I’m rolling with it (and photographed three garments in a row, just in case it gives up again soon).

So, here’s the first: (or last, depending on how you look at it. But certainly favouritest).

That there is my first shirtdress. It’s a Colette Hawthorn – my first indie pattern, actually – and man I love this pattern. Also this fabric. In fact, this has just usurped the spot of my favourite thing that I’ve made. I was, I admit, somewhat dubious about the fabric when I bought it – I love the pattern with all the love, but I spent a long time in the fabric shop trying to decide whether the colour would make me look like I was dying. The trouble was, I wasn’t letting myself buy anything blue – I have FAR too many blue summer dresses – so I had only this and a pink to choose from (that I liked the patterns of) and I feel silly in pink. I’m glad I went for it, because it was a dream to sew with and looks really nice in the final product. Plus I am all about the botanicals that aren’t flowers. Rock that bamboo. 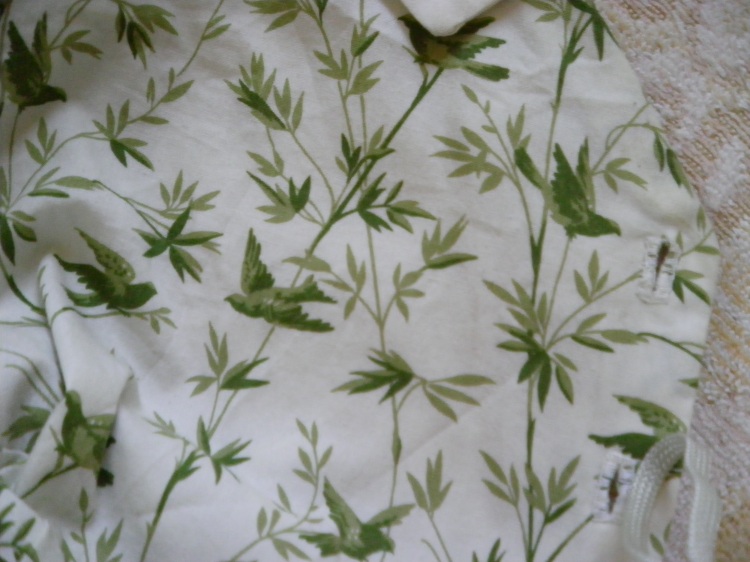 (I thought I should put a close-up in here so that you can see that yes, that is bamboo, with birds. Isn’t it a beautiful print? I love the simplicity of only having one light and one dark in the same colour.)

So, back to the Hawthorn pattern: it has a beautiful silhouette, I love the half-circle skirt, the collar is pretty cute, the sleeves are nice (though I’d shorten them a little next time), and I really like the placket and cuffs. (even if my cuffs aren’t the neatest things – my plackets are beautiful though!)

I am also considering declaring undying love for cotton poplin. It’s a nice weight, presses beautifully, sews super fast. And, it’s a sufficient weight that you don’t need to line it (this was a major factor in my decision). This was my first project using it, and I did a second a week or two later (that one went from cutting to dress-shaped in two hours, and then got donated to my sister because it was too small for me). They were just so quick and easy to sew with! I mean, require a ton of ironing and crease really fast when wearing, but that’s a thing I can deal with. I now have an ironing board permanently in my room – today it was doubling as a camera tripod – so it’s easy enough to iron things.

This was a lucky shot – I wanted to show off the skirt, so I spun round (and round, and round, and hoped the camera would get on with it and actually take the photo) and it ended up being a perfect one of my back too. Isn’t the shape beautiful? I don’t ever button the cuffs, and in fact I didn’t bother putting buttons on because I knew I wouldn’t, for the sake of arm mobility. I might shorten the arms a bit next time, to sit just above the elbow, for the same reason. The current length is super elegant, but not very practical…

This seems as good a place as ever to ask for advice. I’m having armhole troubles with this dress – it’s essentially sitting too far back for me. I have extra room in the back upper arm, and it cuts into the front lower area. I ended up shaving some off at the front armholes and deciding that if this was a problem when I attached the sleeves, I’d just make it sleeveless – I spent a very long time vacillating about whether to make it sleeveless or not anyway – and it seems to have worked, but I wondered if there’s a better way to do that. And when I wear it the sleeves often seem to twist around – I wondered if that’s because of my amateur alteration, but I’m not sure. Any tips? Should I just trace the next size up armhole/sleeve, or is there a better trick?

Since making it, I’ve been showing everyone my sleeve placket and telling them to admire it. This has caused some confusion, due to only one person – my mum – actually knowing what a sleeve placket WAS before I told them. So I feel I should share it with you, who might appreciate it a bit better. It took me some time to work out what I was doing with this – I actually borrowed a flatmate’s shirt and spent some time staring at it to try work out what was happening – but I did a really good job in the end. Here it is: 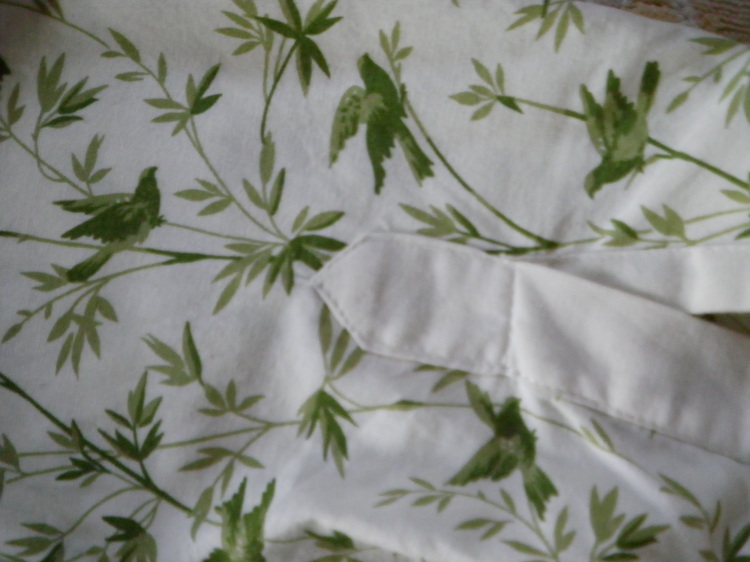 Look at how neat that is. I’m really proud.

The one annoying thing about sewing this dress was I had to hand-sew my buttonholes, because my machine doesn’t do zigzag so can’t buttonhole. It took me forever. However, I finished it the night before my birthday, which makes this not only my Christmas present from work – I spent a voucher they gave me on the fabric and pattern – but also my birthday dress for myself. So it’s extra special (and more-or-less free). In all: very happy. Would repeat. Will do, once I get more fabric.

That’s that for today guys! It’s good to be back.