unfinished socks – though there’s a lot more to it now!

I have been thinking a bit lately about the power of making. I do make things because I want to own the product – the pair of pants on my lap at the moment are a case in point (although unfortunately I think this one may be a fail – I’m working on making it at least vaguely wearable, if not anything more than that). But more than that, I make beause of the sheer joy it brings, and I make because I need to see something real that my hands have done, and I make because I love giving other people something that comes from these hands and this heart.

I am (almost) a doctor, I am in the actual stereotypical Meaningful Profession, and even I come home some days and find that I need to Make Something Real. Mostly that’s on days when something’s gone wrong – the days where I’ve struggled to engage with patients, or where I’ve been caught up in an emergency, or where I’ve simply had difficulty with relationships within the team. That kind of day happens to everyone. But somehow, putting my hands together and bringing out something new, concrete, makes the day seem more worthwhile and makes everything feel a little more under control.

I have been choosing to set aside being fast, set aside the desire for new things, and focus on finishing and mending. Mending is how I want to live – as a person who uses less stuff and looks after it longer. 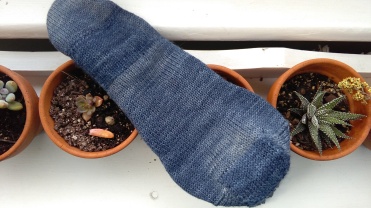 mending socks – I’ve never done it with a knitted patch before, and I can’t think why 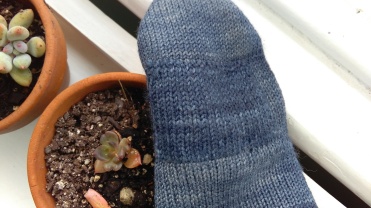 I’m not sure that I’m writing this for any real reason, and I’m sure that everyone who reads this has felt in themselves the importance of making. But I guess, before I step into my first real job – and more to the point, a 55-hour-a-week job – I want to remind myself that I make for reasons beyond what I want to own or have. Sometimes I don’t buy things because I think “oh I could make this”, and sometimes I do make it, but it’s ok to sometimes say no, I don’t need to make my t-shirts or singlets or skirts, but I do need to make the things that bring me joy, whatever those are. Because at the heart of it, that’s why I make.

(I’ve set down my goal of making everything I wear for a year. I don’t need to get to 100% handmade, it’s ok. I don’t really have the kind of job allowing the kind of time needed for that much sewing.) 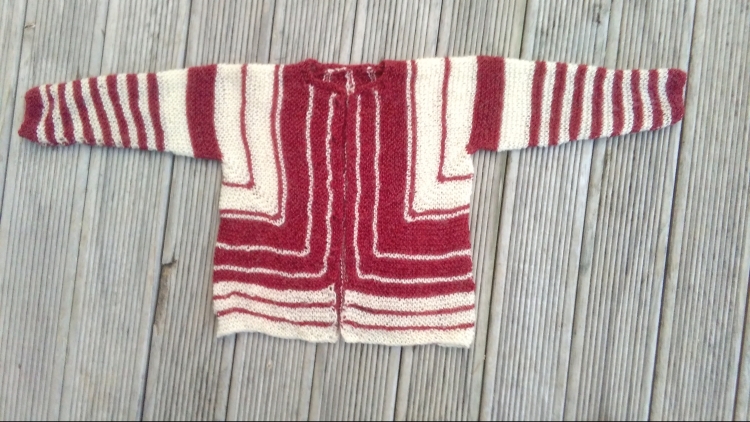 this is for a friend’s newborn – 8 days old today! Unfortunately I forgot how tiny newborn babies are, it won’t fit for a while

I’ve also been making a lot more headway on my mending pile lately. I’m not entirely sure what prompted that – and I’m worried that whatever juice it was that I was running on, it may have run out – but it’s another thing to celebrate: joy in bringing things back to life, not merely in new things. I’ve decided to put down my goal of making a coat and instead work on repairing my old coat: it’s a little short on buttons, but the fabric is sound and warm, and with a little embroidery and a few more buttons could be back to a favourite again. Especially since I’m moving up north in a few months: my need for a coat is going to diminish I suspect. 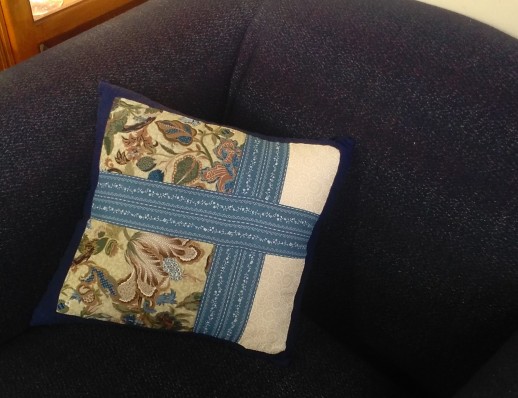 A cushion – designed to match the lounge here. It took me months to slipstitch the opening shut.

I’d be interested to hear your thoughts on making. I’m sure I’m not the only person who feels this way – do you have the same need to make something real?

(The photos throughout are a few of the smaller things that have brought me joy recently – there are also a couple of bigger items, but those warrant their own blog posts I think. Coming… someday?)